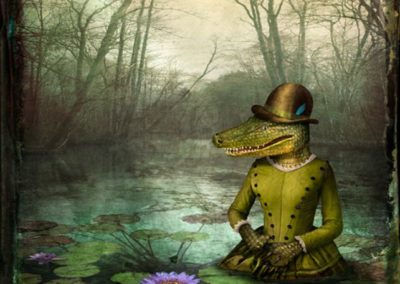 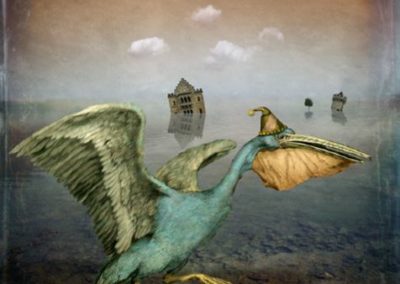 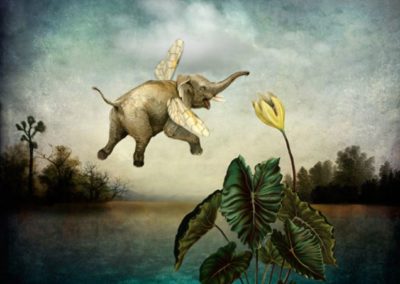 Maggie Taylor, Anything but a regualar bee 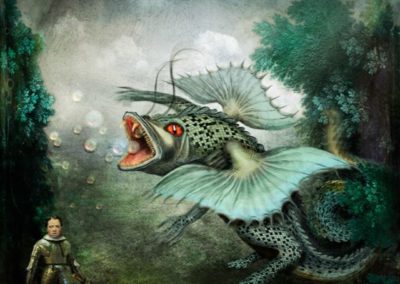 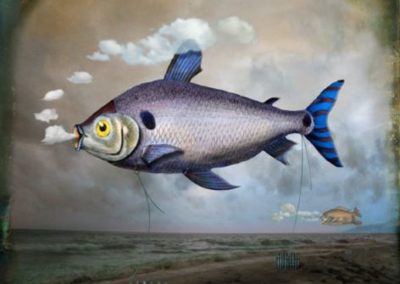 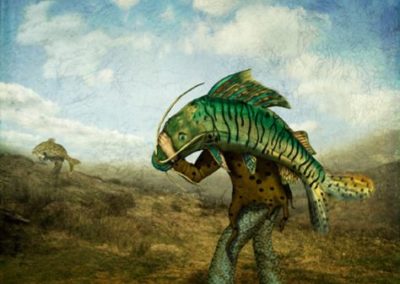 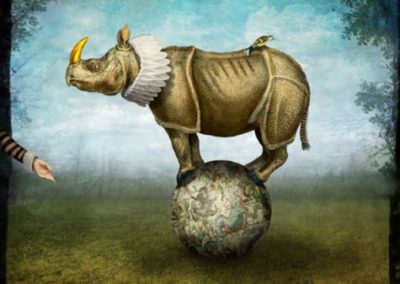 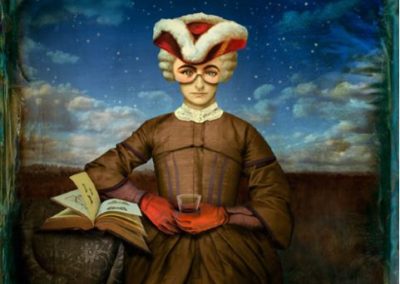 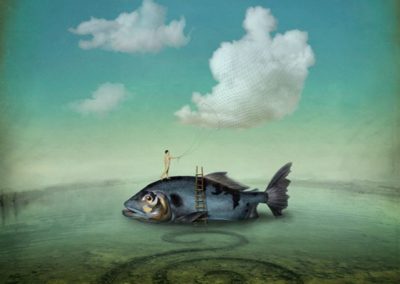 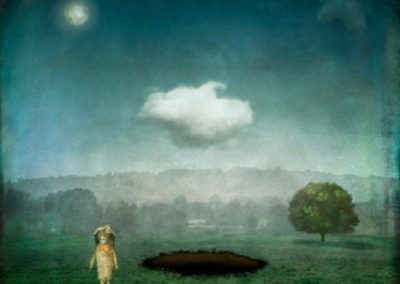 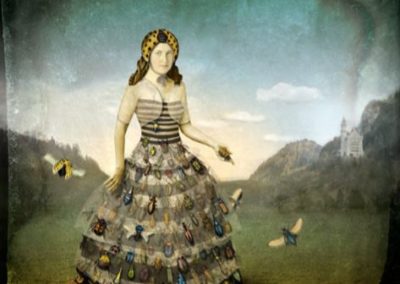 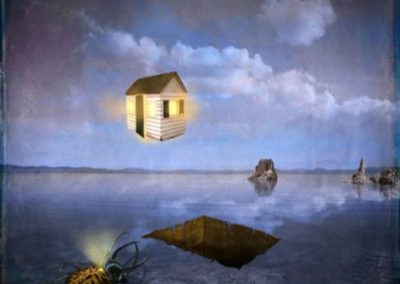 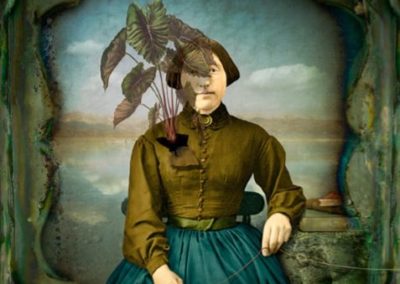 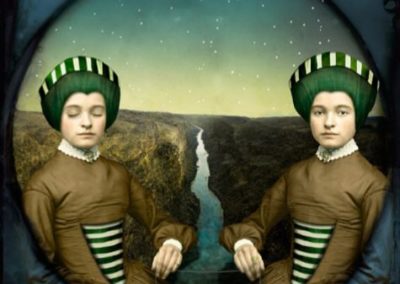 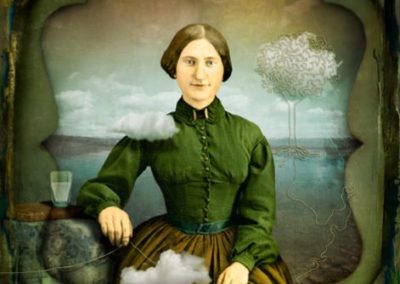 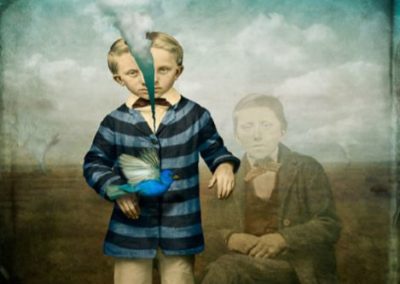 “For more than six years now I have been using a flatbed scanner instead of a traditional camera to record and interpret the objects I collect. I frequent flea markets and search on eBay for old tintypes and toys that seem to have a story to tell. Then in my studio I make small pastel drawings as backgrounds and scan each element into my computer separately. Using Photoshop I am able to arrange and play with these layers in much the same way that I worked with objects in my studio for a still life photograph. I work very spontaneously and intuitively, trying to come up with images that have a resonance and a somewhat mysterious narrative content. There is no one meaning for any of the images, rather they exist as a kind of visual riddle or open-ended poem, meant to be both playful and provocative.
Although my images are not traditional photographs, I definitely think of my scanner as a light-sensitive recording device. And there is a camera involved in making most of the images, it just happens that the camera was used over 100 years ago by a photographer who remains anonymous. Sometimes people are confused about my digital images and think that they are somehow reproductions of work that exists originally in some other form. I think of them as „digital originals“ since they are created in my computer using a scanner and they do not exist on film.
I do not photograph people, I am recycling 19th century unclaimed photographs of unknown people. Every once in a while I use a 35 mm point-and-shoot camera to collect bits of background material. When the image is finally done, which is a slow process and can take weeks or even months, I start to make proofs and then finished prints in editions of 40. My final prints are made on an Epson inkjet printer on a paper that gives the texture and look of a print or watercolor.”