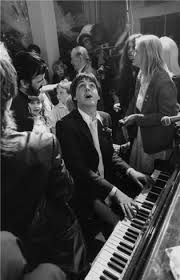 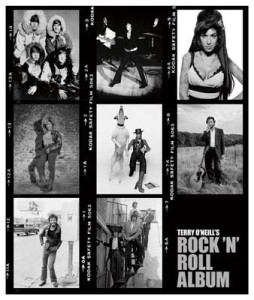 Paul McCartney on piano – in the Stephen Hoffman Gallery in Munich

Terry O’Neill s (1938 – 2019) photographs capture the charisma of many superstars at the height of their career and also from before. After many decades as a photographer, Terry O’Neill claimed cover pages for the star, Rolling Stone, Newsweek, GQ, Time, The Sunday Times Magazine, People, Playboy, Paris Match, Look, Vanity Fair and others. He has famous movie posters, record covers and Fashion templates supplied for the world’s best designers.

At one of the exhibitions at the Stephen Hoffman gallery in 2015, Terry O’Neill described the situation around the photo

„… then we were all young and accompany the life of others – like Paul McCartney, for example. We met very young. I was invited to family celebrations and they came to visit me. Completely private. “

This photo with Paul at the piano was taken at the wedding party of Ringo Star and Barbara Bach.

“I was invited privately,” says Terry O’Neill, “but, as always, I had my camera with me. It was very busy and a great party. Then Paul suddenly discovered a piano, sat down and played ‚All you need is love! ‚And suddenly we all sang along: Really everyone, including the children. Paul and Linda, Ringo, just sing as you can see. A great mood. It was exactly like that!

Terry O’Neil’s photo of Ringo’s private wedding celebration stops the world for a moment. For a long moment that lasts for a long time the situation, the celebration and that second of the „click“ on the camera trigger. The photo does not show what is being sung, but Terry O’Neill’s personal statement in the exhibition also leaves that feeling for the viewer.

by Terry O’Neill at the Stephen Hoffman Gallery in Munich